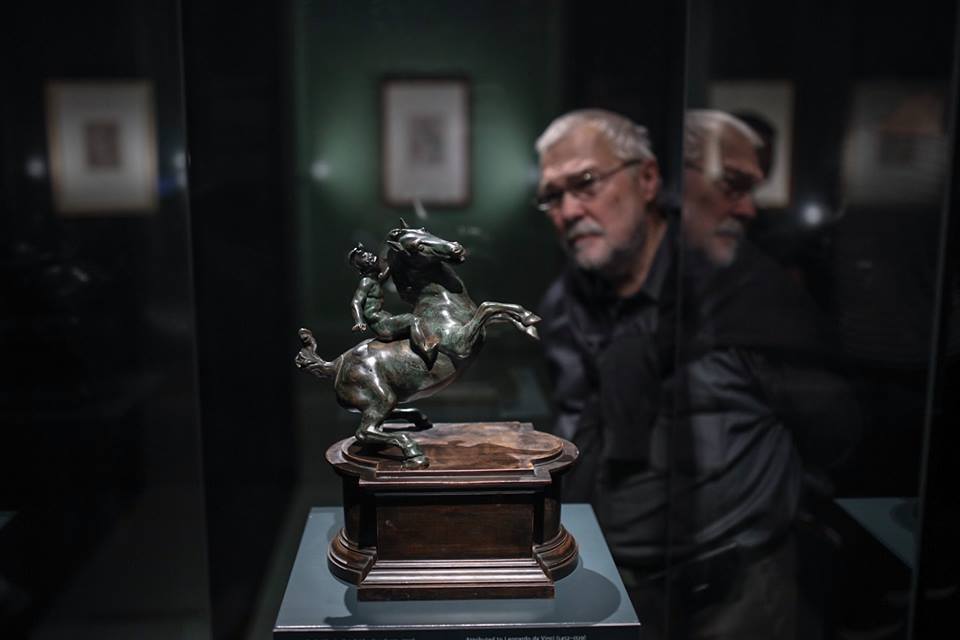 Visitors are initiated into the mystery surrounding one of the most famous works of the museum: Leonardo da Vinci’s Budapest Horse & Rider is displayed in the renovated and now reopened Michelangelo Hall together with other masterpieces by the Renaissance master and his contemporaries loaned by foreign collections and seen in Hungary for the first time.

Leonardo’s ten drawings and the sculptures of his fellow artists inspired by the master will faithfully document the problem that remained unresolved during the Renaissance and which Leonardo strove to answer for more than four decades: the creation of a free-standing rearing horse and rider. The Budapest show kicks off the international series of events organised to celebrate the 500th anniversary of Leonardo’s death.