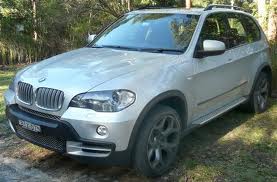 During the checking procedure it was found that the car had been stolen in the Czech Republic earlier this year.

On 25 November, at around 3.30 pm. a BMW X5 E50 with Ukrainian nationality arrived to the border crossing point at Nyírábrány. Since the two Ukrainian passengers of the car wanted to leave the Schengen zone with a car of high value, the border police checked them and the vehicle, too. It turned out that the Czech authorities started searching for the car in April 2011 since it was stolen by unknown perpetrators at that time from the Czech Republic. Employees of the Hajdúhadház Police Department seized the vehicle and interrogated the two Ukrainian men as witnesses.