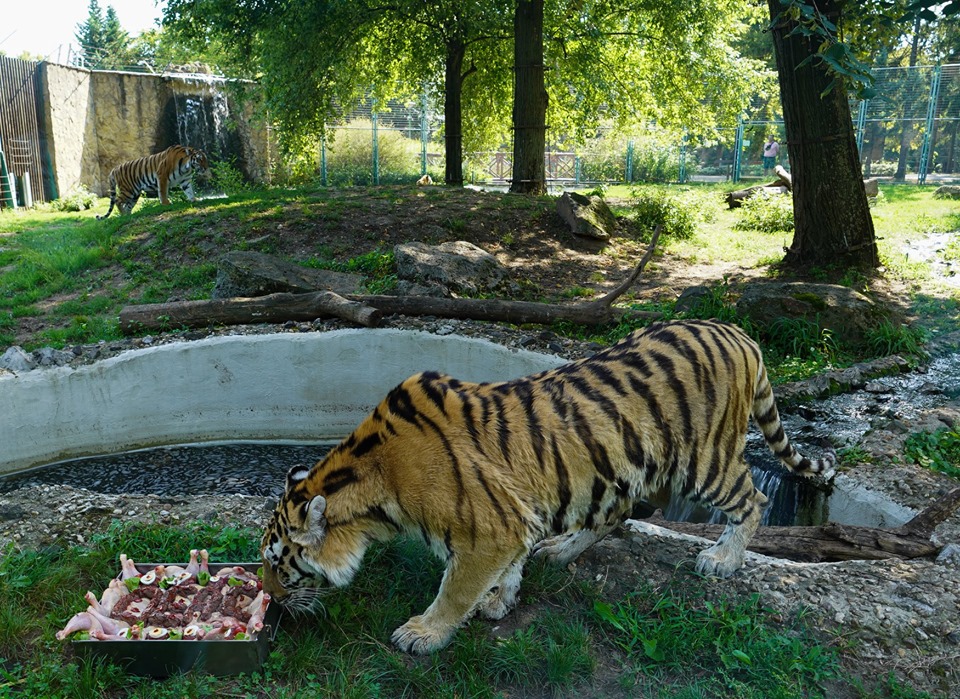 The animal adoption policy of the Debrecen Zoo is now more popular than ever since it provides members of the public as well as various companies and nonprofit organizations with a simple and rewarding means of supporting the cause of wildlife conservation.

All adoptions are equally important and worthy of celebration – may the new symbolic owner be an enthusiastic young student or an eco-conscious corporation. This is the first time that residents of our Zoo have been adopted by a sports team: indeed, the ice-hockey team of local university sports club DEAC (DEAC Jégkorong) has picked the Amur tiger family of five, partly due to their cold and snowy natural range and high resilience that could be likened to the players’ “natural habitat” and perseverance. Through a monthly contribution to the tigers’ nutrition budget, this generous act will support the maintenance of, and a potential increase in, the population of a particularly rare subspecies.

Due to a boom in poaching and illegal trade in the early 1900s, there are currently less than 4000 tigers left in the wild; native to the Russian Far East and Northeast China, Amur tigers actually used to be on the very brink of extinction until recently. Thanks to various conservation programs, there is now a continuous increase in their numbers but their overall wild population is still only 450 to 500 strong. Our institution has been home to Amur tigers, the largest of all subspecies, since the arrival of Mishka and Rosa, in 2014 under a European Endangered Species Program (EAZA EEP). Mishka and Rose have since proven an immensely successful breeding pair as they had three offspring in 2017; first a male, Darius, followed by two twin females, Dana and Dária. Hopefully, our beautiful tiger family will prove a good luck charm to the team in the rink.