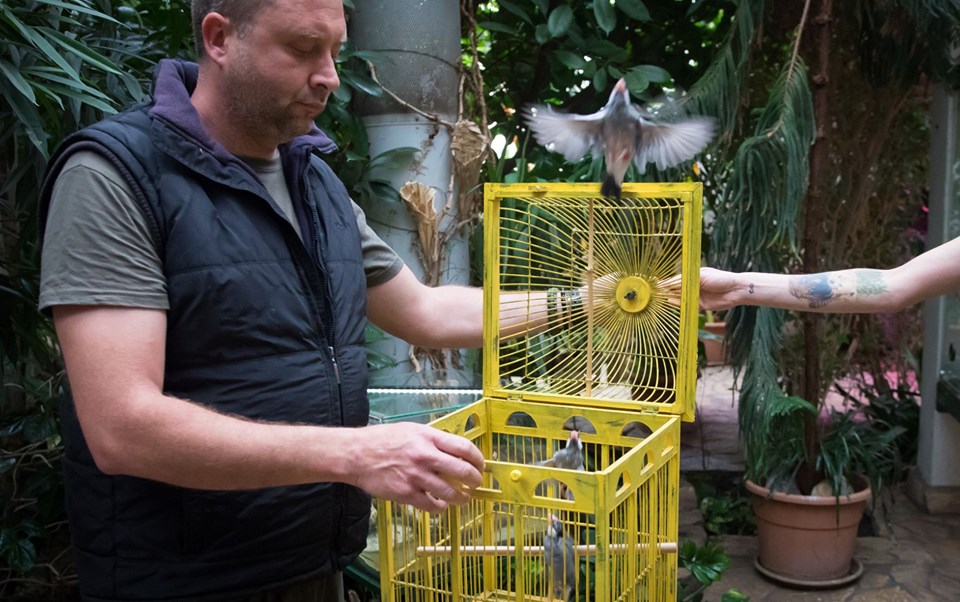 As the Debrecen Zoo reported back in 2015, their estrildid finch collection is the largest one in Hungary. The aviary of the Tropical House is home to 63 specimen of 7 granivorous bird species (the Gouldian finch, the long-tailed finch, the star finch, the zebra finch, the double-barred finch, the wild canary, and the white-rumped mannikin) from the Australian avifauna.

On the occasion of Birds and Trees Day, the Debrecen Zoological Park wants to raise awareness of the importance of saving the songbirds of Southeast Asia.
There is a long tradition of keeping birds in the Sunda region, a biodiversity hotspot that is home to around 850 bird species. Out of the five continents, Asia has the highest number of endangered bird species, with Indonesia as its most worrisome region. There is a frequent custom of songbird competitions, the winners of which are then sold for fortunes. To their owners, they are mere status symbols. It is a common belief that captive-born birds are inferior singers to their wild counterparts, so the species in question are hardly ever bred in captivity. For the most part, the unsustainably excessive trade in songbirds is illegal.

By today, even species that used to be very common and populate extensive habitats, such as the white-rumped shama or the straw-headed bulbul, have been decimated. Some others like the Bali myna and the Java green magpie are on the very verge of extinction. In order to put an end to the rapid decrease in the avifauna of the forests of Southeast Asia, the European Association of Zoos and Aquaria (EAZA), along with other conservation organizations, has launched a joint campaign named Silent Forest, ending in late 2019. The purpose of this campaign is to draw the attention of the general public to the unsustainability of the current situation and to raise funds for in-situ species rescue work.

The Debrecen Zoological Park has also joined the initiative: our special program includes presentations on this noble cause for both the general public and the zoological community. There will also be fun zoo education programs to acquaint children with the basics of Silent Forest as well as bird conservation in Hungary.
There is a new exhibit in the Palm House that depicts a Southeast Asian bird market amid the flurry of our Java sparrows. The first estrildid finches to be bred in captivity, Java sparrows have recently become less and less common one their native islands of Bali and Java due to being systematically eliminated for their damage to rice crops. This species is now listed as “endangered” on the Red list of the International Union for the Conservation of Nature (IUCN).

As part of our campaign activities, we have released Silent Forest coins that can be purchased to support the ex-situ rescue program that seeks to protect the natural habitats of the six most highly threatened species.