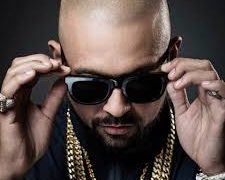 Sean Paul is going to give a concert on the 25th of August in Szeged at SZIN Festival.SZIN Festival is organized for the 50th time this year in Szeged (Baranya county). According to MTI, there will also be a Pet Shop Boys, Jess Glynne and Wilkinson Live concert on the main stage at SZIN.

Sean Paul became world famous in 1996 and he introduced new rhythms to the lovers of Jamaican music. He has already worked together with such starts as Beyonce, Snoop Dogg, Rihanna, Santana, David Guetta and Major Laser.

Detailed program of the festival is going to be announced until the 28th of May.