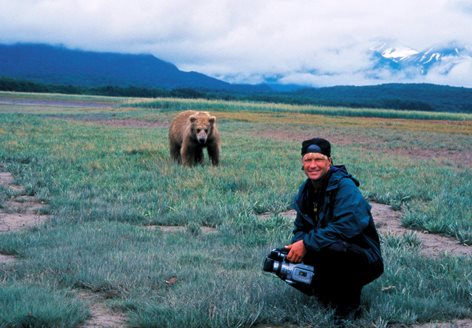 Program: Next IEAS Film Club is organized on the 17th of April in MODEM.

Grizzly Man is a docudrama which focuses on the amateur grizzly bear expert Timothy Treadwell. He periodically journeyed to Alaska to study and live with the bears. He was killed, along with his girlfriend, Amie Huguenard, by a rogue bear in October 2003. The film explores Treadwell’s passionate life as he found solace among these endangered animals.

Discussion following the film is led by Kalmár György. The film is screened in English with English subtitles. Running time: 103 minutes. The movie is directed by Werner Herzog.

Visiting the event is free.