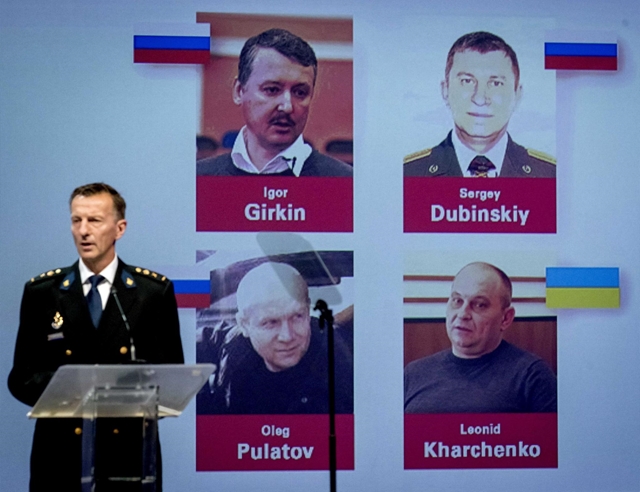 Prosecutors have charged four individuals, including three with ties to the Russian military and intelligence, in the downing of Malaysia Airlines Flight MH17 over eastern Ukraine in July 2014that killed all 298 people on board.

The Dutch-led investigative team said these four suspects “formed a chain linking” the Russia-backed separatist territory in eastern Ukraine, known as the Donetsk People’s Republic, with the Russian Federation, allowing them to shuttle military equipment from Russia — including the Buk missile launcher used to shoot down the plane — into Ukraine.

The four people charged include Igor Girkin, a former colonel in Russia’s intelligence service, known as the FSB, who held the minister of defense position in the rebel-held portion of Ukraine; Sergey Dubinsky, a former deputy to Girkin who worked for Russia’s military intelligence unit, known as the GRU; Oleg Pulatov, who also had ties to the GRU; and Leonid Kharchenko, a Ukrainian national who prosecutors say led a military combat unit in eastern Ukraine.

“Although they did not push the button themselves, we suspect them of close co-operation to get the [missile launcher] where it was, with the aim to shoot down an airplane,” Dutch chief prosecutor Fred Westerbeke said, according to Reuters.

The allegations against these four men, closely linked to Russia’s military and intelligence services, implicate Moscow in the destruction of the plane and the deaths of its civilian passengers.

Russia, however, denied any involvement in the incident, as it’s done repeatedly over the past five years. President Vladimir Putin’s spokesperson, Dmitry Peskov, dismissed the findings, noting that Russia had no role in the probe, and called the allegations “absolutely groundless.”

This isn’t the first time prosecutors have connected Russia to the attack on MH17. Past investigations showed that the Buk antiaircraft system came into Ukraine from Russia as part of a military convoy, one of many findings by these prosecutors that has pointed to Russia’s involvement.

The Dutch-led prosecutorial team, known as the Joint Investigation Team, includes authorities from Australia, Ukraine, Belgium, and Malaysia, in addition to the Netherlands. The team has issued international warrants for these four suspects, though it seems extremely unlikely they’ll actually be arrested or brought to appear in the Netherlands to face trial, as three are in Russia and the other is believed to be in Ukraine, where there’s still ongoing conflict.

Prosecutors said the case would begin in the Netherlands in March 2020; the defendants would likely be tried in absentia.

A brief recap of the MH17 disaster

On July 17, 2014, Malaysia Airlines flight MH17, which was flying from Amsterdam to Kuala Lumpur, was shot down while flying over eastern Ukraine, killing everyone on board.

The plane went down in an area controlled by Russian-backed separatists, and the international community quickly blamed the rebels and, by extension, the Russian government’s involvement in the region. Conflict had erupted in the region in April 2014, shortly after Russia’s annexation of Crimea, leading to fighting between separatists and Ukrainian government forces in the east.

In 2016, the same team of Dutch-led investigators said a Buk antiaircraft system had been brought from Russia to Ukraine and then hastily returned to Russia after the downing of MH17. The US and Ukraine had previously said a Buk system was used in the attack. As Vox’s German Lopez wrote at the time, “the Buk system is described as very sophisticated, and many analysts suspected the rebels would need supplies and training from Russian personnel to successfully shoot down a high-altitude plane like MH17.”

Then in 2018, prosecutors pinpointed the source of the Buk antiaircraft missile as coming from the 53rd brigade of the Russian army, which is based in Kursk, in western Russia.

These latest charges names those allegedly linked to this operation. According to the New York Times, “Dutch authorities said they had more than 300 witnesses, intercepted calls and messages, and radar data to support their conclusions,” which makes it hard to make the case that this was some rogue rebel operation and Russia wasn’t somehow coordinating with the separatists — although experts have said it’s likely the rebels were aiming for a Ukrainian military jet, and not a passenger plane.

Russia, again, has continued to deny any involvement, but the evidence amassed by the Dutch prosecutors has grown increasingly damning, and may be more so if aired at a trial next year — even if the accused won’t be in court.

And though MH17 was destroyed almost five years ago, it’s a reminder that Russia remains a bad actor on the world stage — and that the crisis in Ukraine continues. 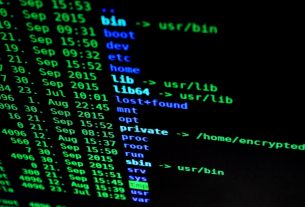 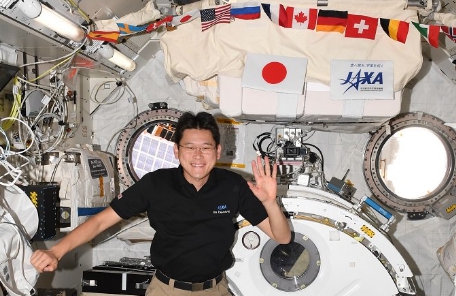 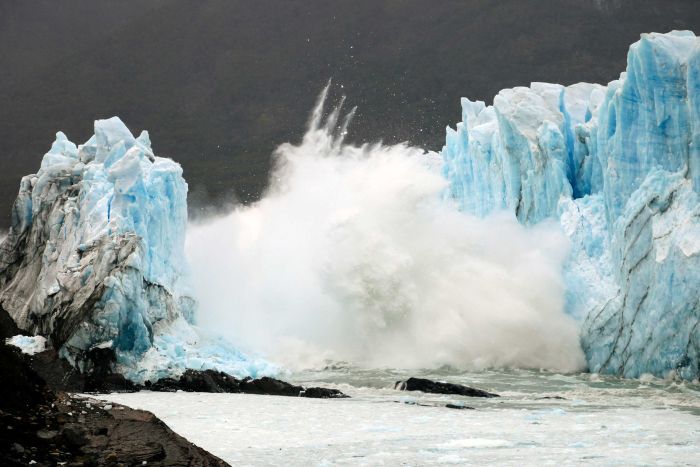