“The economy’s not a car, there’s no engine to stall/no expert can fix it, there’s no “it” at all”. These words are rhymed by “F. A. Hayek” in the rap video Fight of the Century made by John Papola and the economics professor Russel Roberts ; and they are deeply right. If so then thinking that giving cheap credit to firms to “stall the engine of growth” is deeply false, although this is what central banks all over the developed world, including the Hungarian one, are doing. This quote suggests, however, that even if “cheap credit” can increase GDP in the short run, it cannot increase economic growth as it is commonly understood – a rise in living standards.
If you use the word “cheap” the way politicians use it, the “cheapest” credit of all is theft. Think it over: its “interest rate” is minus 100 percent. Suppose I steal your credit card. That is to say that I was “given” a very cheap credit: I am going to give you back 100 percent less than what I “borrowed” from you. Suppose I buy a car with the credit card I stole from you. Is it economic development? When it comes to GDP, it may be, because spending will be increased in the short run if you had saved up the sum that I stole and spent. But I doubt that anyone, after thinking about it for a minute, would call it “economic growth” which, after all, should mean that the average citizen is becoming better off.
Things are not much different when it comes to the various “quantitative easing” and zero interest rate programmes of central banks of the world, including the Hungarian one. Someone is given a loan at an interest rate that nobody would be willing to accept as a return on the investment that is then made with that loan. Who will pay for it after all? You and me as taxpayers and moneyholders. The losses made on these credits must be covered in some way, and this money will be taken away from us either in the form of taxes that are higher or in the form of an inflation that is higher than without so cheap a loan. Either way, we are forced to loan a part of our income to someone else. Then this money is invested in projects whose returns are lower than what would make them worth making.
The point is that when politicians tell you that anything is “cheap” you should immediately raise the question, “Cheap for whom?” This is economics 101: things are neither cheap nor expensive. It is only people’s actions that are cheap or expensive either for themselves or for someone else. When talking heads are talking about “cheap credit”, someone (a journalist, I would expect) should raise the question, “Cheap for whom?” It seems, that these loans are cheap for those politicians who make them and for those entrepreneurs who receive them but they are expensive for the rest of us.
Can the government do anything at all to make credit cheaper? Credit gets cheaper when, for example, people start thinking that it is now worth saving up more money than before because there is a higher chance that what you save will be still yours years or decades from now. Credit becomes cheaper if saving becomes safer, and saving is safe if you cannot expect that anyone, including the government, can ever steal what you save. 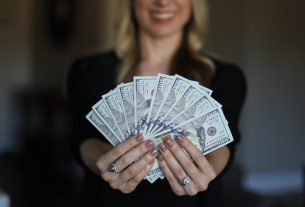 Dobrev Vows to Get EP Approval for European Minimum Wage