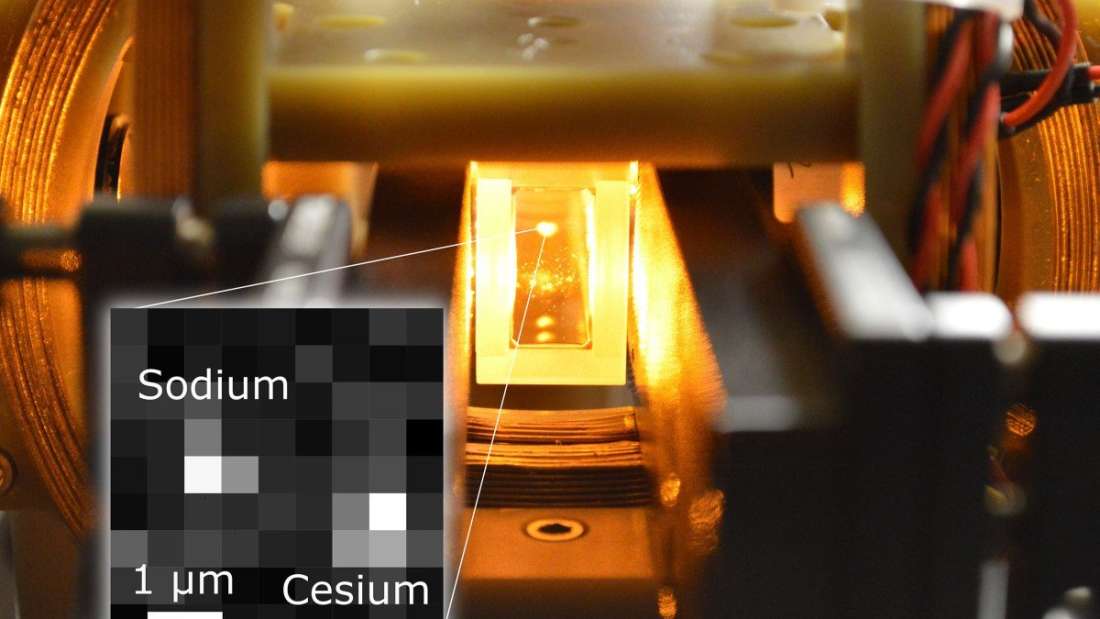 Within a cloud of atoms, two parts of an optical tweezer brought just two together and formed a single molecule.

From designing atomically thin light sources to getting atomic lattices to “sew” themselves up, recent breakthroughs in the atomic realm promise to revolutionize materials science and engineering forever.

It’s safe to say, then, that a new pioneering paper in Science adds another potentially giant leap to this pantheon of atomic progression. For the first time in history, a team of scientists and engineers have managed to physically trap and force two individual atoms together to form a molecule, with no other atoms or molecules involved.

Normally, when you want a molecule to be created out of two individual atoms (or more), you need a chemical reaction. This invariably involves plenty of atomic collisions, which creates and breaks molecules. That, if you pardon the crudeness of the language, is chemistry in a colloquial nutshell.

There’s a problem with chemistry, though: it’s fairly imprecise. When conducting such experiments, individual reactions are more like probabilities than well-defined inputs and outputs, which means the final result, as we observe it, is an average of all these minor chemical challenges.A team of wizard-like researchers from Harvard University and the Harvard-MIT Center for Ultracold Atoms wanted to find a way to circumvent our bond with this chemical chaos.First, taking an atom of cesium and another of sodium, they chilled them down to temperatures just ever so slightly above absolute zero. As odd as it may sound, they achieved this by using lasers to rob the atoms of their momentum, which you can find out more about here.

At this temperature, they’re moving so slowly that their individual motions and behaviors can be accurately tracked. No longer acting as a “conventional” state of matter, atoms in this frigid pocket exhibit some peculiar behaviors. Instead of a flow, you get a “trickle” of electric current, like sand in an hourglass, for example. You also find that individual molecules’ atoms can “overlap” and act in unison in somThe team wished to push the envelope further, hoping to squeeze together two single atoms using little more than “the aid of a photon”, as their study casually notes. So, using carefully directed lasers with atom-specific wavelengths – something the authors liken to using “optical tweezers” – these two atoms of sodium and cesium were set up on their groundbreaking date.

As well as bringing them together, the light source also energetically excited them, just enough to react and form a single sodium-cesium molecule, NaCs.

The final product was sadly ephemeral, partly because they were so “excited”. The next step will be to get those atoms to stick together for longer by not getting them so riled up in the first place – something easier said than done.

Still, this mastery of the miniature is more than just a start; this is a world first, and the implications are rather delightful.ething known as a Bose-Einstein condensate.

Apart from demonstrating that this tiny collision can be both carefully managed and observed, the choice to use sodium and cesium to build a molecule wasn’t random: its properties make it a “strong candidate for a molecular qubit” (quantum bit), the smallest individual component of those ever-elusive quantum computers.