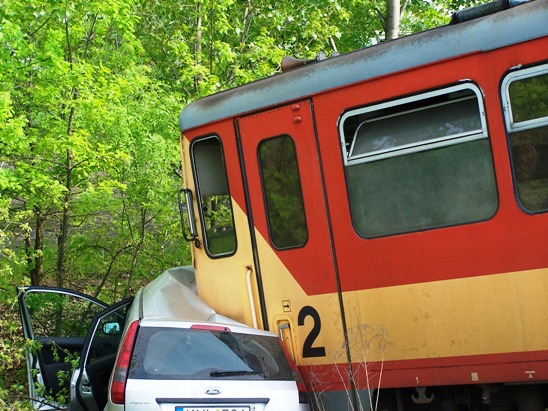 Two train accident happend on 3 of May in Debrecen. Two people died and three people got injured.

13:57 May 3
A grey Ford Fiesta has tried to got through the railway crossing of Vezer street against the indicator`s red light.
The Debrecen-Hajduboszormeny train hit the car causing severe injuries to the 28 years old female driver and light injuries tothe train`s two passengers.

22:23
The driver of the train heading to Debrecen from Cegled saw a person lying on the tracks near Gazvezetek street railway crossing. The driver used the horn several times but he was not able to stop the train in time.
It was found that not only one person but two were hit by the train.
The couple, a 56 years old woman and a 65 years old man left behind a suicide note that the decided to end their lives because of serious illnesses.
Debrecen Police is investigating in the extraordinary death case in administrative procedure.

Exhibitions for the weekend