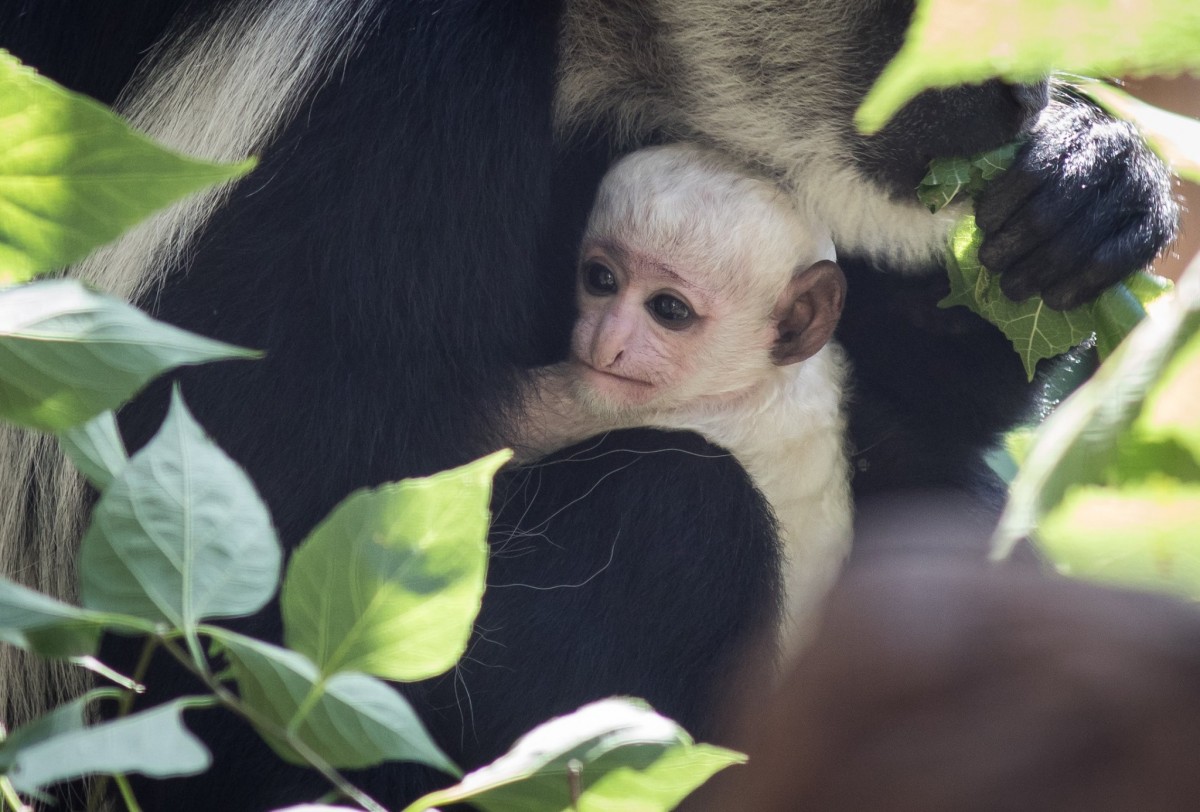 Eastern black-and-white colobuses seem to have a splendid time here, judging from the fact that our staff and visitors welcome new arrivals almost every year. The youngest member of the family of now seven was born on June 22 after about 6 months of gestation. Taken good care of by the entire family, including its four siblings, the little one is already exhibited along with the others although its sex is yet to be confirmed.

Interestingly, an individual of this rare Old World monkey species is born white-haired, with its fur gradually turning black with the iconic white “mantle” on the back and white tuft at the tail end. Native to Central Arica, the eastern or Abyssinian black-and-white colobus, also known as the mantled guereza, is found in rainforests and drier woodlands alike. Its diet is exclusively plant-based, consisting of fresh green leaves, fruits, tree bark and grass seeds. Due to excessive poaching for fur in the first half of the 20th century, it was on the brink of extinction for a while. With its populations still impacted by past practices of intense hunting, it is included in the International Union for the Conservation of Nature (IUCN) Red List.