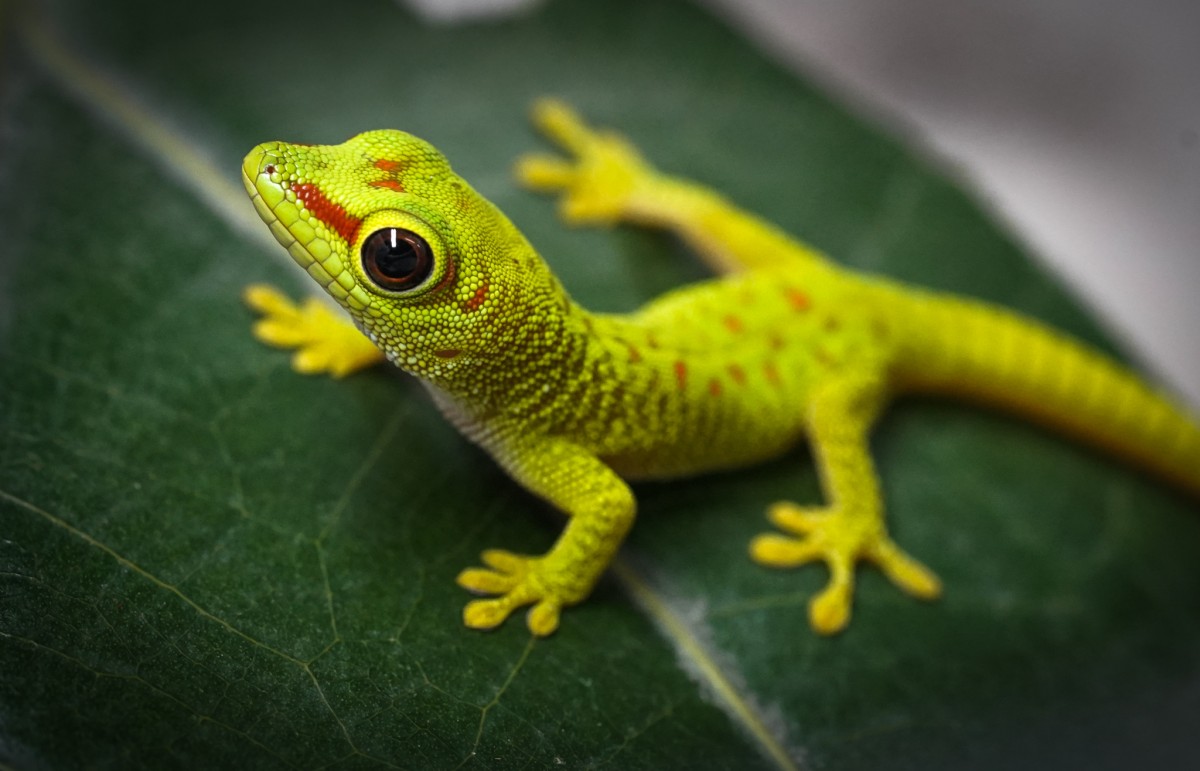 This autumn has been quite busy in the Palm House of the Debrecen Zoo as, on November 19, a Madagascar giant day gecko hatched from an egg laid in late September. Although not exhibited yet, the little one is in good health and is growing well. In addition, we discovered and secured a second egg on October 22, so we may expect another hatching in a month or so.

Native to the tropical and subtropical forests of Northern Madagascar, giant day geckos (Phelsuma grandis) are the largest day gecko species with a maximum length of 30 cm. As their name suggests, they are mostly active during the day, feeding on insects and other invertebrates as well as fruit and nectar. They are bright green with irregular red dots and bars, but turn dark green when stressed. Lacking eyelids, they keep their eyes clean by licking them. Since Madagascar is severely impacted by the excessive use of natural resources, giant day geckos are included in the International Union for the Conservation of Nature’s Red List of Threatened Species. Due to their impressive looks and the fact that they are relatively easy to keep, they are a fairly popular terrarium species, but are considerably rarer in zoos, found only in our institution and Zoo Budapest in Hungary.