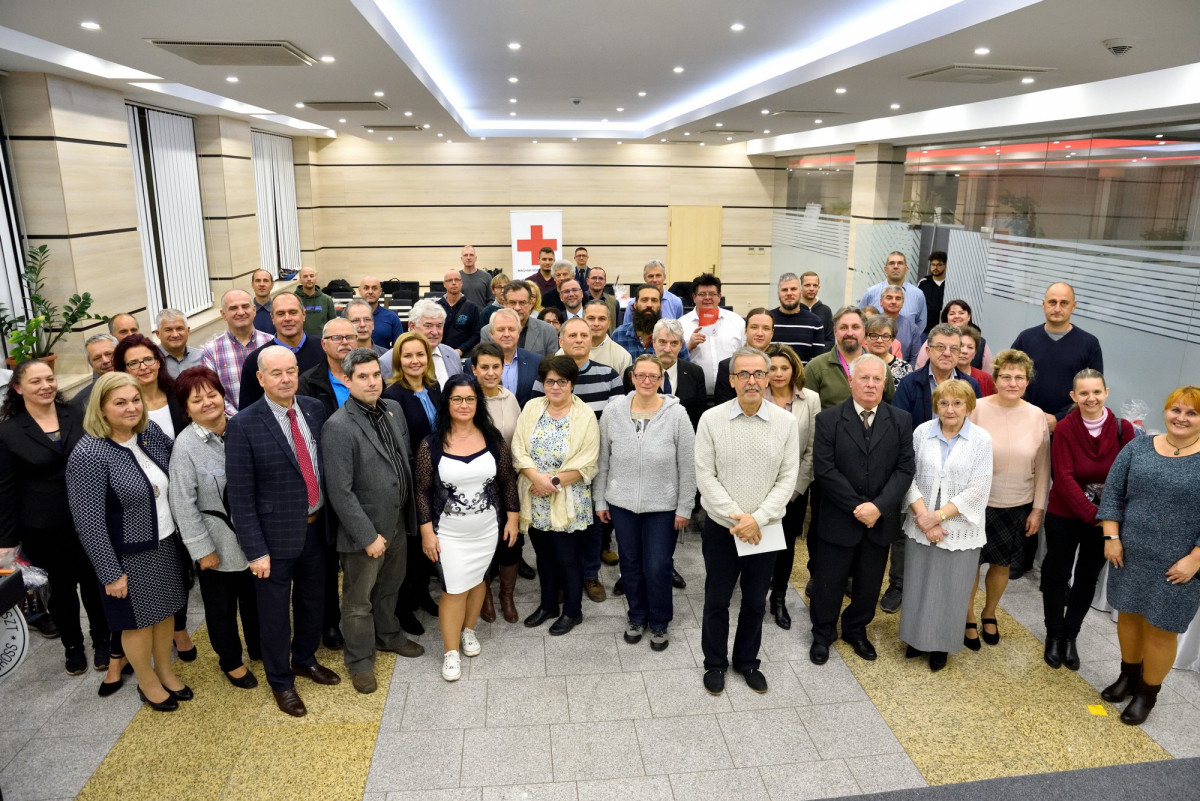 On November 23, the blood donation ceremony of the Debrecen Territorial Organization of the Hungarian Red Cross was held in the Symphonia Restaurant of the Lion Office Center in Debrecen.

Ildikó Bánfi, head of the Debrecen Territorial Organization of the Hungarian Red Cross, said that all those who donate blood dozens of times are driven by great determination, perseverance, and the desire to help. It is a huge celebration in blood donation communities when someone reaches the hundredth blood donation.

Not only because of the charitable roles that we have talked about several times today but because only those who are healthy can donate blood. This year, 8 people in our circle reached the number of blood donations of 100 or more, in fact, as I mentioned earlier, there is an exceptional donor in our circle who is already closer to the 200th donation.

Ildikó Bánfi explained that there are relatively few female names among the donors with the highest number of blood donations. It is more difficult for women from this point of view, since they can donate blood less often (4 times), and on the other hand, there are more exclusionary health factors accompanying their lives. Therefore, the 80-90 times blood donation, with which we were able to recognize 2 ladies today, is a huge achievement. In recent years, several ladies have reached their 100th blood donation in Debrecen and our county.

The Hajdú-Bihar County Organization of the Hungarian Red Cross presented Andrea Szabóné Ilona Nagy with a “Certificate of Recognition” and a prize for donating blood 120 times.

Zoltán Fenyvesi was awarded a “Certificate of Recognition”, a commemorative plaque, and an object reward for donating blood 140 times.

He recognized Sándor Kis with a “Certificate of Recognition” and a Commemorative Plaque, as well as an object reward for donating blood 185 times, who was the highest number of blood donors for the regional and county organization already years ago. As a 140-time blood donor, he received the Ministry’s Pro Vita award.

Last time he told us that he never cared about the number of his blood donations, he simply went to donate blood when the time came, but after the 161st time, the ice was broken: he remembered that in four years he would reach the upper age limit for donating blood and that it would feel good to reach the blood donation number of 180 by then. He not only achieved this, but he also surpassed it. He’s celebrating his birthday tomorrow. Let us warmly thank you and congratulate you on this beautiful career, during which you may have saved up to 555 lives.