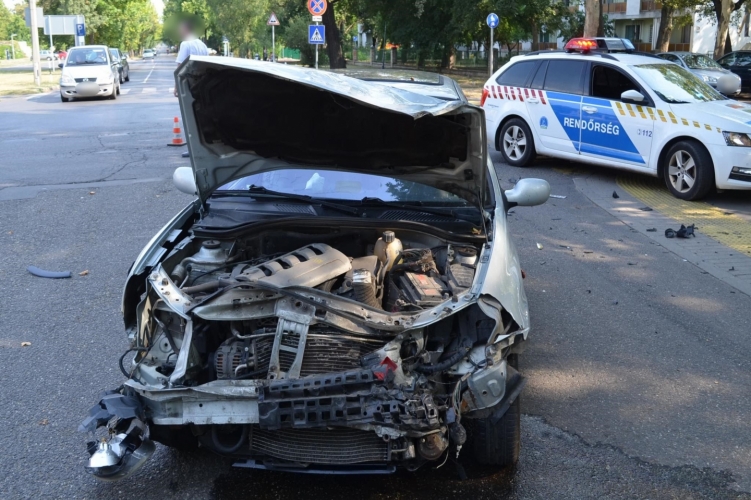 The police have finished the investigation in the case.

A man was driving his car, a Ssayong, on Pallagi Út, Debrecen on 25 August 2018. As the driver arrived at one of the junctions of Nagyerdei Körút, he ignored the STOP sign and crashed into another car, a Renault.

After the police were called, they have asked the driver to do the breath test; it turned out that he was drunk.

A procedure was initiated against the driver of the Ssayong on reasonable suspicion of drunk driving.

The police have closed the case; all the documents were sent to the Prosecutor’s Office.