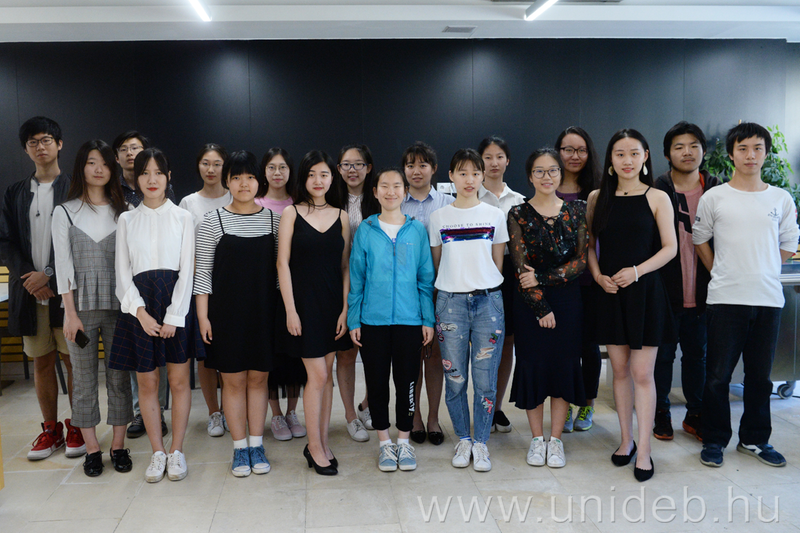 Twenty youngsters from China participated in the special programme of the Debrecen Summer School, where they followed a variety of courses in Hungarian over the past year. All of them are students at the Beijing International Studies University, enrolled in a seven-year programme.

The Chinese students to learn Hungarian in secondary school in their home country, studying the language 18 hours per week over two years. Following this they spend a year in Debrecen, where they study not only Hungarian language, but also English, literature, civilization and history in Hungarian.  As a next step, they go back to China for one year, after which they return to Hungary again and start their three-year bachelor’s programmes at the University of Debrecen. The 20 Chinese students recently completed their one-year segment in Debrecen, where they completed different courses taught by 8 teachers.

The students also participated in a variety of extracurricular activities, including trips to Budapest, Eger, Hortobágy and Sáránd, learning folk dances, and also attending the gala programme of Fazakas Mihály Grammar School. In addition, many of them had a “taste” of Hungarian festivals, attended theatre performances or engaged in sports. 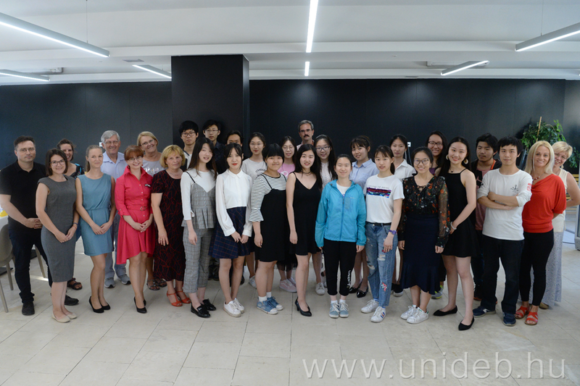 They received their certificates from Péter Szaffkó, the managing director of the Debrecen Summer School, at the farewell dinner on Wednesday.

As he recalled, the cooperation between the Debrecen Summer School and BISU of Beijing started in 2016, and a very promising relationship is now also being built with Tienjin Foreign Studies University, where the Hungarian-language programme was started in 2017. Students from this latter university will complete a year-long study-abroad component in their third year. When the delegation of the Debrecen Summer School visited to Tienjin in June, they also opened a joint Language Teacher Training Centre there.

“Hungarian language is already taught at six universities in China, which gives us great pleasure, since it provides opportunities for further cooperation. We have also started negotiations with Xi’an University, and hopefully we can help even more students in the future to become acquainted with the Hungarian language and culture”, Péter Szaffkó, managing director of the Debrecen Summer School said optimistically.

As he added, in a few years, the number of participants in the Hungarian language programmes of the Debrecen Summer School may grow threefold, and an increasing number of the participants are expected to also return to the university’s Faculty of Arts and Humanities for a bachelor’s programme.