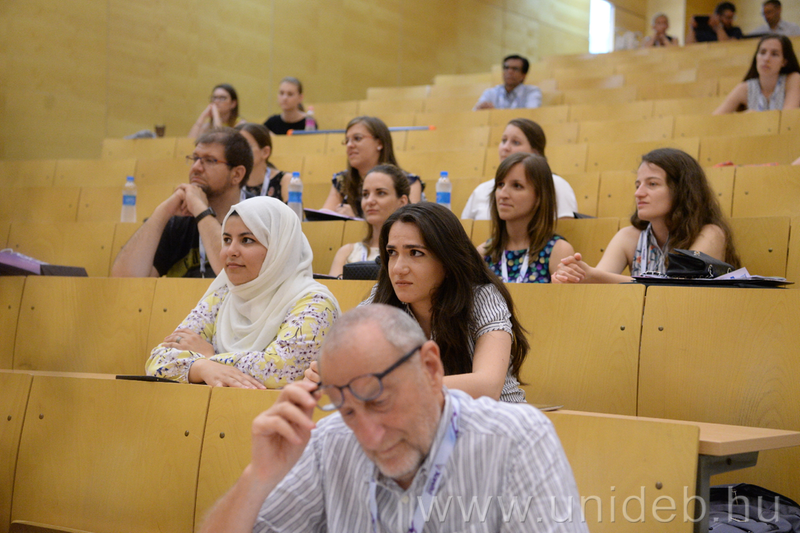 The method used for fetal DNA testing from the mother’s blood can also be used for the detection of tumours, cardiovascular diseases and infections. The latest research results in this field were recently presented at an international conference held at the University of Debrecen.

The appearance of fetal DNA testing from the mother’s blood meant a significant breakthrough in fetal diagnostics. This non-invasive method is suitable for identifying chromosome aberrations, such as Down Syndrome, as early as the first trimester of pregnancy. The procedure is completely safe for the fetus, in contrast with various invasive tests based on specimen taken from the placenta and the amniotic fluid.

“In the course of this non-invasive diagnostic procedure, certain DNA or RNA molecules can be obtained from the blood or other bodily fluids, such as saliva. These are called cell-free nucleic acids, which can be used for diagnostic purposes. The latest research results indicate that they have a revolutionary significance not only in fetal diagnostics. They can also be used for detecting tumours, cardiovascular diseases, as well as certain infection,” Bálint Nagy, chair of the Department of Human Genetics of the Faculty of General Medicine told the news portal unideb.hu at the international conference held in the Life Sciences Building of the University of Debrecen on 21 and 22 June 2018.

In addition to the specialists of the University of Debrecen, experts from around Hungary and abroad also discussed the recent developments in this exciting area. The participants received an overview of the latest results of various research teams and the new developments expected in the field of medical diagnostics.

“The diagnostic applicability of cell-free nucleic acids is increasingly important. It is possible to draw conclusions on the condition of the patient based on samples taken from their blood or other bodily fluids faster than with the use of traditional imaging techniques. This will be the way for the future in the diagnostics of every disease, as well as the monitoring of treatments as well,” the department chair said.

Research in the area of cell-free nucleic acids and their clinical applications are of outstanding importance at the University of Debrecen. The Department of Human Genetics works in close cooperation with other theoretical institutes of the Faculty of Medicine and with the Clinical Centre in the area of diagnostics in oncology, cardiovascular diseases and infectology, which is unique in the country.

“We are looking for biomarkers that can help in the early detection of tumours and cardiovascular diseases. All of this could revolutionize medical diagnostics,” said Bálint Nagy, who added that cell-free nucleic acids could, in principle, also be suitable for therapeutic applications, but research in this area is still in its infancy. However, if it was possible to intervene, for example, with the operation of tumorous cells, then they could be blocked, which could make a new generation of therapies possible.

The Central-Eastern European Congress on Cell-Free Nucleic Acids, now organised for the 5th time, is held in a different country each year, however, this was already the second occasion that Hungary provided the venue for the scientific meeting. After Budapest, now it was the city of Debrecen where the conference, organised by the Department of Human Genetics, was held. In addition to renowned researchers and clinicians from around the Central-Eastern European region, participants also arrived from United States of America, Turkey and Pakistan.