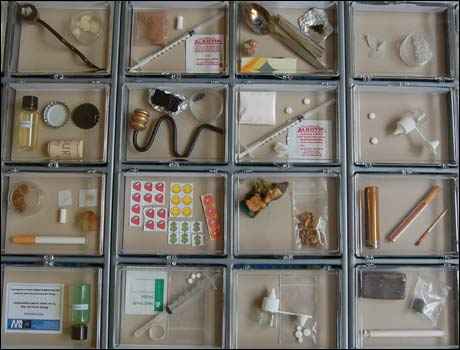 The police were informed that people was gathering in Dioszegi street to consume drugs. There was a private venue ongoing in a closed site of the street. The entry went under strict security it means only those could enter who phoned the organizers.

Entering the building police found 30 male and 13 female guests assuming that they
consumed drugs. The youngest person was 21 while the oldest was 48 years old.
A total of 48 people were produced by the police, two of them (a 37 and a 31
years old men) were transported to the hospital due to their condition.
45 persons were questioned as suspects and a 45 years old lady as a witness.
Police officers sized marihuana, white tablets and powder and the so called party
drug "Gina" (in little brown bottles ) from the two halls from their parking vehicles and
clothings.
The rapid drug tests proved drug consuming in 45 cases, the samples have been sent for
further tests to the laboratory.
Process continues…