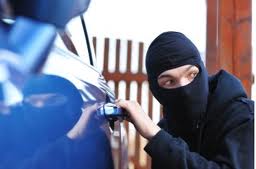 The Debrecen Police Department launched proceedings against an unknown perpetrator who stole a BMW 530 D from the parking lot in front of Aquaticum on 17 March, 2010.

During the investigation it was found that the perpetrator followed the BMW to the spa and after the owner had put the ignition key into the closet and gone to bathe, he took the key from the cabinet and stole the car.
Due to the prompt and appropriate investigative measures the identity of the perpetrator was discovered quickly. It was found that the 45-year old Ferenc M. hade been in pre-trial detention for other criminal acts in Romania. A European arrest warrant has been issued against him.
The investigators arrested Ferenc M. then suggested his placement under pre-trial detention which was ordered by the Debrecen City Court last Thrusday. The Vehicle Discovery Department continues to investigate this case and also, the suspect’s involvement in other criminal offences.