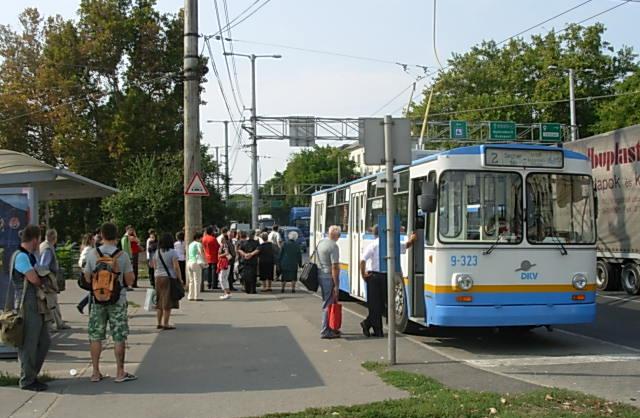 An unknown caller said that he placed an explosive device on board of one of the local public transport system vehicles on 7th and on 12th of August.

At the first alaram more than 90 vehicles had to be stopped and searched. Police have not found explosive device on the searched buses, trams and trolley buses.
The sales director of the company said that the company lost an estimated 2 million Huf due to the call.
This was the first such incident in the life of the local public transport company but at the university similar
threats were common for several years. Usually at the beginning of exam period.

At the second bomb alert paralyzed the urban public transport causing a 3.5 million HUF loss for the DKV.
An unknown man called the control room of DKV around 1pm and told that he placed a bomb
on board of a DKV vehicle. The Police searched 105 buses, 7 trams and 14 trolley-buses on three different locations but found no explosives.

Police spokeswoman Eva Kelemen lieutenant said that her colleagues carefully investigating these calls and able to capture half of the offenders.

Proceedings started against the unknown perpetrator.

The perpetrator(s) may receive up to 2 years imprisonment.