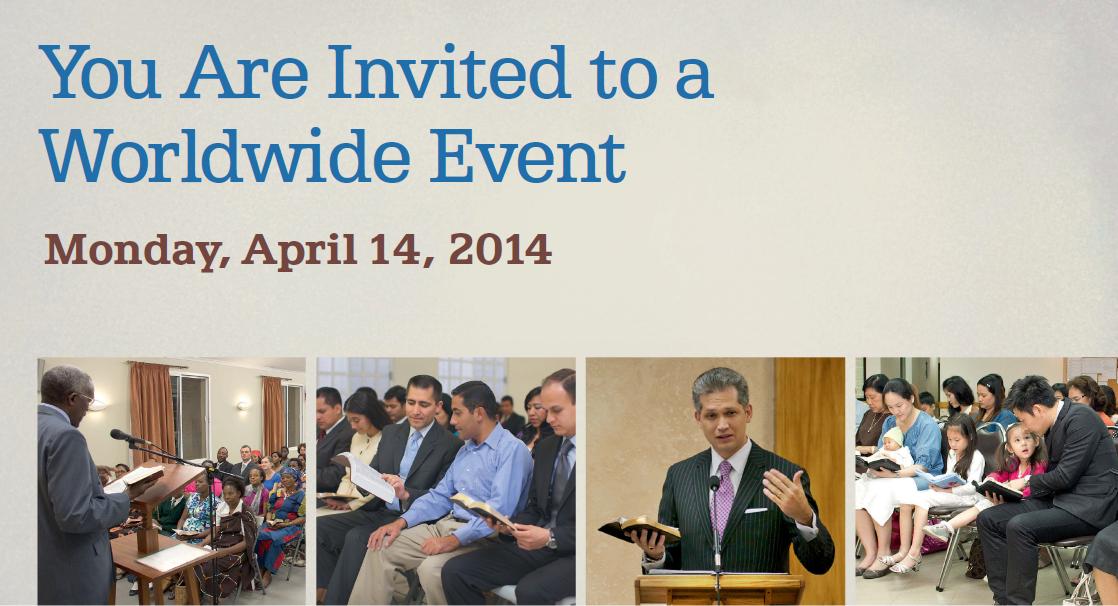 Millions Will Be Coming. Will You?

What is the event?

The Memorial of Jesus Christ’s death.

On the night before he died, Jesus instructed his disciples to commemorate the sacriﬁce that he was about to make. He told them: “Keep doing this in remembrance of me.” — Luke 22:19.

The anniversary of Jesus’ death falls on Monday, April 14, 2014, after sundown. Jehovah’s Witnesses invite you, your family, and your friends to listen to a brief talk on that date. The talk will explain why Jesus’ death is so important.

This free event will take place at the time and place shown below.

You are also invited to a special Bible talk entitled “Why Would a Loving God Permit Wickedness?” 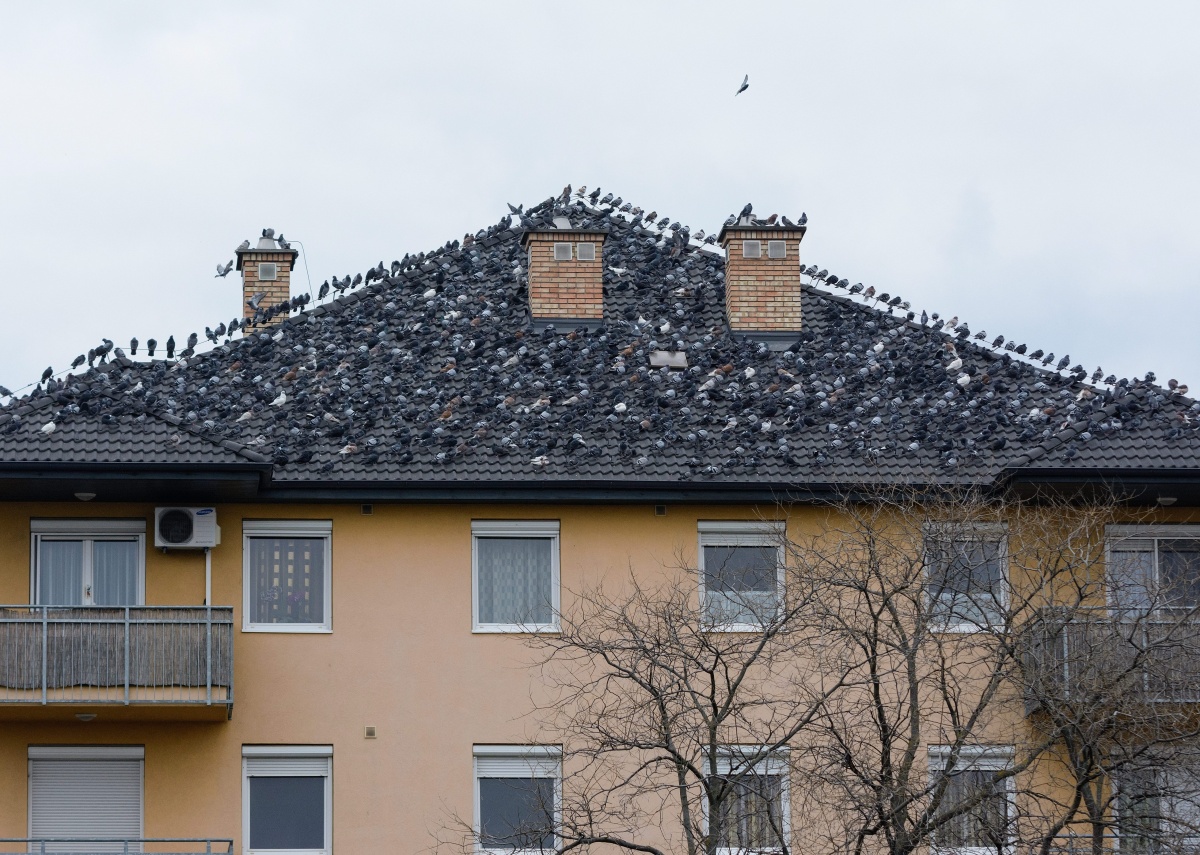