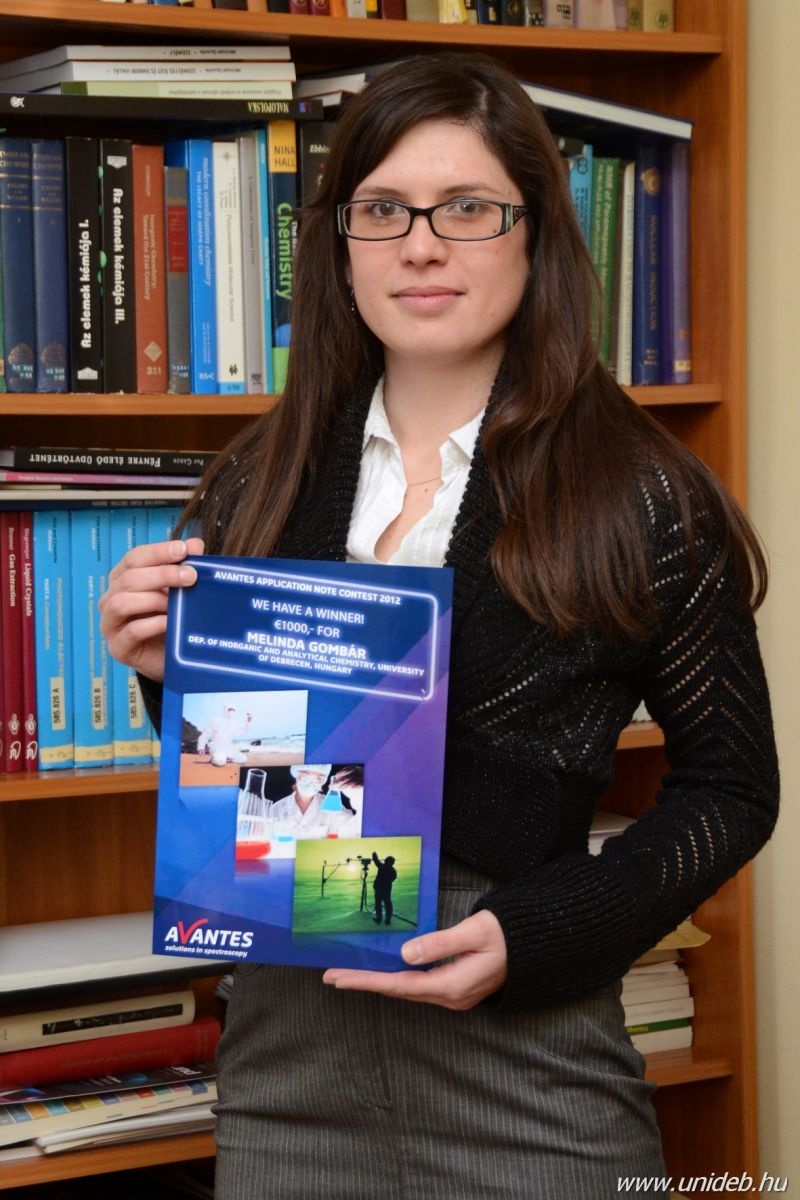 PhD student of the University of Debrecen, Melinda Gombár, won an international competition of a Dutch company.

The Avantes company announced the competition among the users of fiber optic spectrometers. The participants were responsible to propose new ideas in connection with the company’s products.

Melinda Gombár, PhD student of the Department of Inorganic- Analytical Chemistry won the first prize with a self-produced photo reactor. The device provides new opportunities in the filed of photochemical studies, that can be used in several areas of research and industry.

She received the first prize certificate from Rector István Fábián at 9 January.