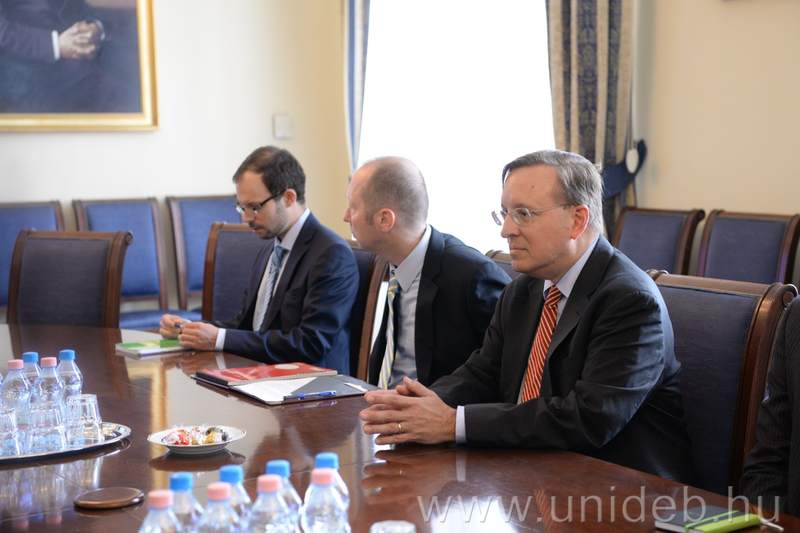 David Kostelancik, chargé d’affaires ad interim, deputy chief of mission at the American Embassy in Budapest, came to the University of Debrecen on an introductory visit.

The visitors from the US Embassy were welcomed by Ákos Pintér, general vice rector, who gave them a short tour of the Main Building before the discussions with David Kostelancik and the delegation started in the Rector’s Conference Room.

Additional topics discussed with the American diplomats included the areas of study pursued by the university’s students from overseas, agreements in the field of education and research, scholarship programmes, as well as cooperation with American-owned companies operating in Debrecen.

After the meeting, Ákos Pintér, vice rector, said that the parties evaluated the results of the cooperation so far as positive, and agreed to develop such projects even more intensively.