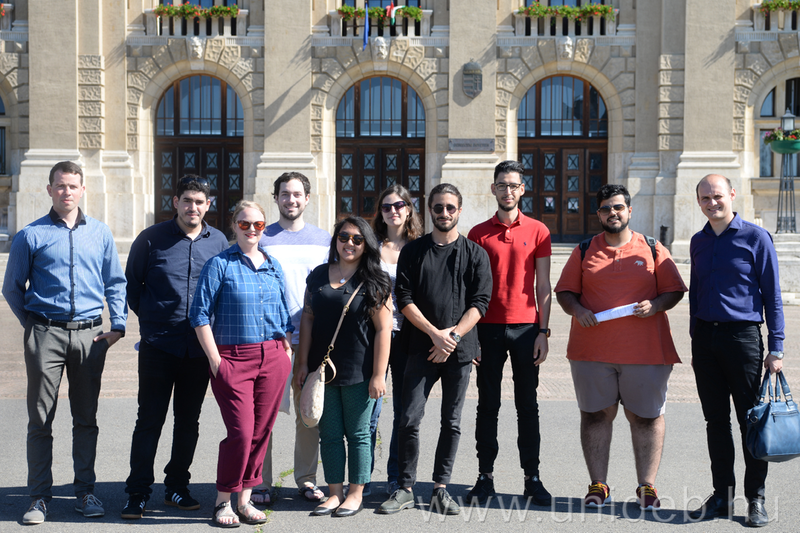 There is going to be an intensive practical training course offered at the University of Debrecen to students of pharmacy from France, Saudi Arabia and the US. In addition to the professional part, the program also includes several weeks of exposure to Hungarian culture and language.

In the first leg of their stay, the international students will be taking four classes of Hungarian for a week, following which their professional practical course for two weeks will be launched. In the framework of the latter, they will primarily get an insight into research projects conducted at Debreceni Egyetem Gyógyszerésztudományi Kara [Faculty of Pharmacy at the University of Debrecen] and compare drug and health-related policies applied in Hungary and the United States. Furthermore, they will also get familiar with clinical pharmacy at UD, pay a visit to the Debrecen plant of Gedeon Richter plc., and gather practical experience by helping out as interns in a variety of apothecaries. 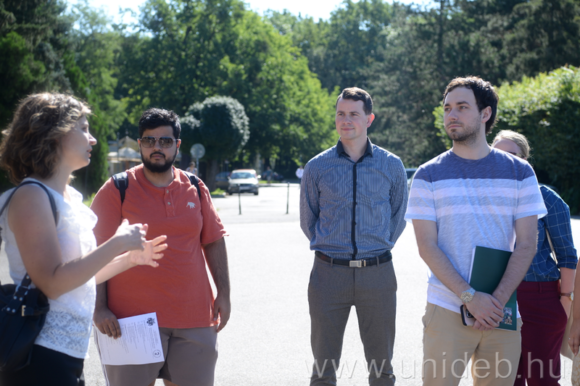 “For these eight students, it is very educational and beneficial to get a closer look at how the European and, specifically, the Hungarian system works. Almost all of the departments of the Faculty of Pharmacy take an active part in the theoretical and practical training program, which means more than 20 instructors altogether at various levels,” said TA Gábor Oláh, who is one of the local organizers.

Following the parts that are strictly related to pharmaceutical aspects, the students will be enrolled in the “Modern Hungary” course of Debreceni Nyári Egyetem [Debrecen Summer School], where they will be studying Hungarian culture and language in English, while they will also participate in the extracurricular cultural events offered by DSS.

“Our cooperation with the Faculty of Pharmacy and the US-based Ferris State University started several years ago, and we have been always happy ever since to receive pharmacy students coming to Debrecen. Debrecen Summer School routinely coordinates their schedules while here, and we are content to see that they keep coming back for more as the years pass,” said Péter Szaffkó, Director of Debreceni Nyári Egyetem.

It was way back in 2013 that Dean Stephen Durst and Department Head John Jameson of Ferris State University, Michigan, decided that it would be very expedient for their students to take part in a study abroad program in which they could open up new horizons for themselves concerning pharmaceutical research, clinical pharmacy, and everyday on-site practice of the trade. 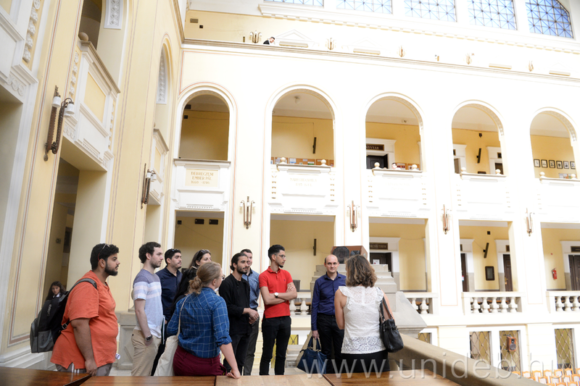 The foundations for this cooperation were laid down jointly by Péter Szaffkó, Director of DSS and Gábor Halmos, a professor at DE GYTK Biofarmácia Tanszéke [Department of Biopharmacy of the Faculty of Pharmacy at UD] in 2015. Since then, there have been more than 10 American students since who have participated in the program for which they can also earn academic credits from their home institutions. For the first time, however, this year, they will be joined by four French students from Tours, France, and yet another student from Saudi Arabia.