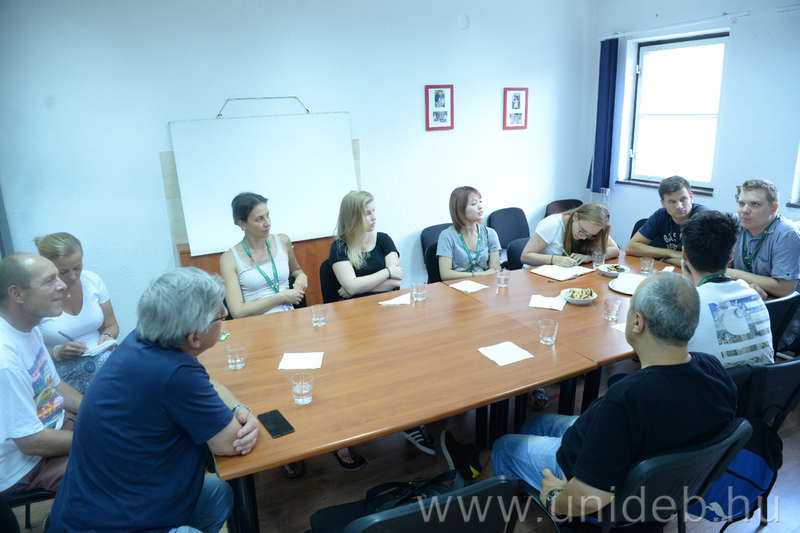 This summer, a large number of students who applied for scholarships have received a grant to attend the course at the Summer University in Debrecen. Almost a hundred students seized the opportunity.

This year, sixty-six students have been awarded with scholarships from the Tempus Public Foundation, and six of them have been supported by the local government. The scholarship of the Rector of the University of Debrecen is for a research professor teaching at the university as well as the scholarship named after Lajos Némedi, a former instructor and director of Summer University, to which the Faculty of Humanities also joined this year, with the opportunity offered to a third teacher researcher. Five students are supported by the Student Government of the University, four by the American Cleveland Foundation, one by the Reformed Church, and one from a diaspora is covered by a local enterprise.

In the past few days, the Summer University has invited the scholars to listen to their views and experiences.

– These meetings are important to us because we can create a more personal relationship with our students – said Péter Szaffkó, director.

Silvia Canavero came to Hungary in 1999 to look at the eclipse. She had to choose a foreign language at the university, and she chose Hungarian. She refers to Hungarian as a strange “linguistic island,” and she was interested in how it could survive among Slavic and Indo-European languages. Since she already has a high level of language proficiency, she also participates in the literary evening program this year.

Andrei-Costin Pȋslan is a student of Hungarian in Bucharest. He was fond of the summer course because students of all ages, nationalities and cultures gathered here. Many people have said that they enjoy the lessons and like the teachers; and what they all loved: the Tuesday folklore program, where they could learn Hungarian folk songs and folk dances.