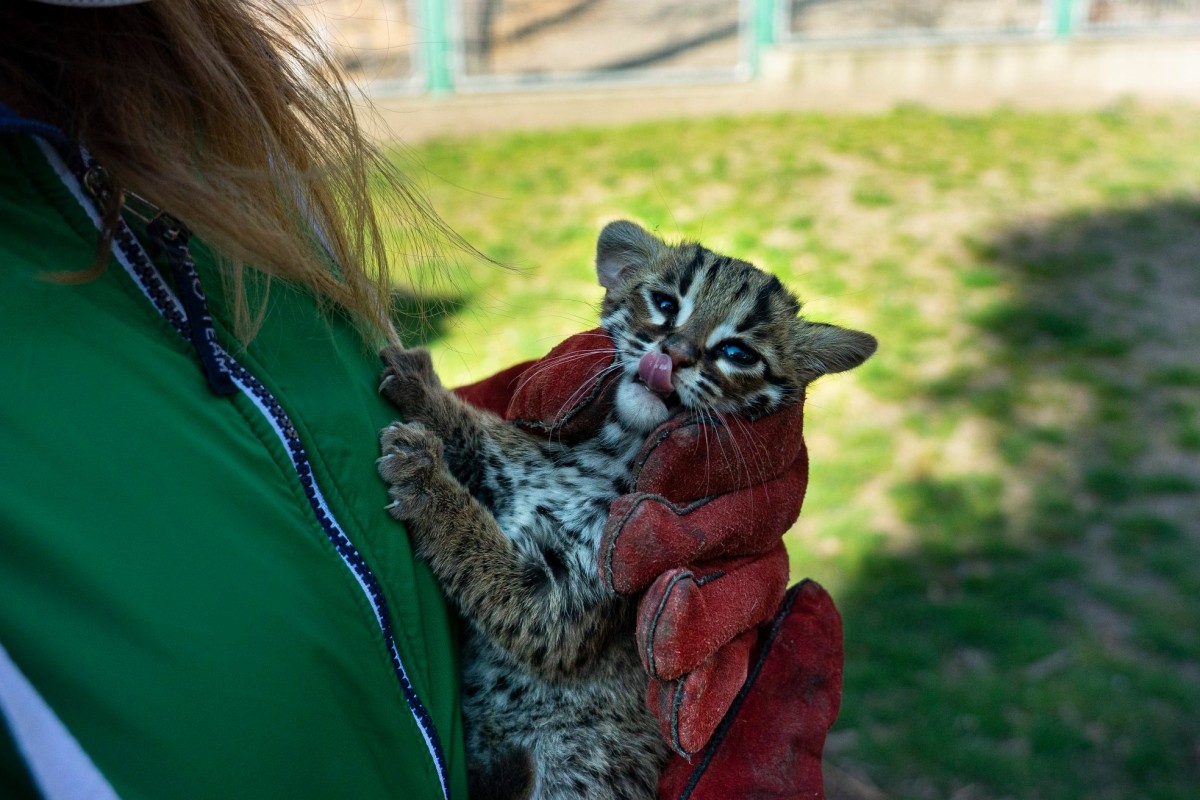 Following the first birth in November 2018, our Palawan leopard cats welcomed yet another healthy offspring on February 28.

Taken good care of by his mother, the six-week-old male is growing up very nicely, with a current weight of 660 g, and got her very first vaccine today. Members of a subspecies found only at our institution in Hungary and a total of 6 zoos worldwide, the Palawan leopard cat family of now four resides in our Small Predator House where you will get to meet them after we reopen.

As we reported back in late 2017, we – along with three other European zoos – helped found a conservation breeding program for Palawan leopard cats (Prionailurus bengalensis heaneyi), with the aim of eventually reintroducing individuals in the wild. We seems to be on the right track since the global ex situ population has grown from 13 individuals to a total of 20 in the past two and a half years – including our contribution of two offspring. There are also a number of US zoos that have recently taken interest in leopard cats, so our cubs will probably start their own families overseas in the near future.

Due to habitat loss and illegal trade, leopard cats are included in the International Union for the Conservation of Nature’s (IUCN) Red List of Threatened Species as well as in CITES Appendices.