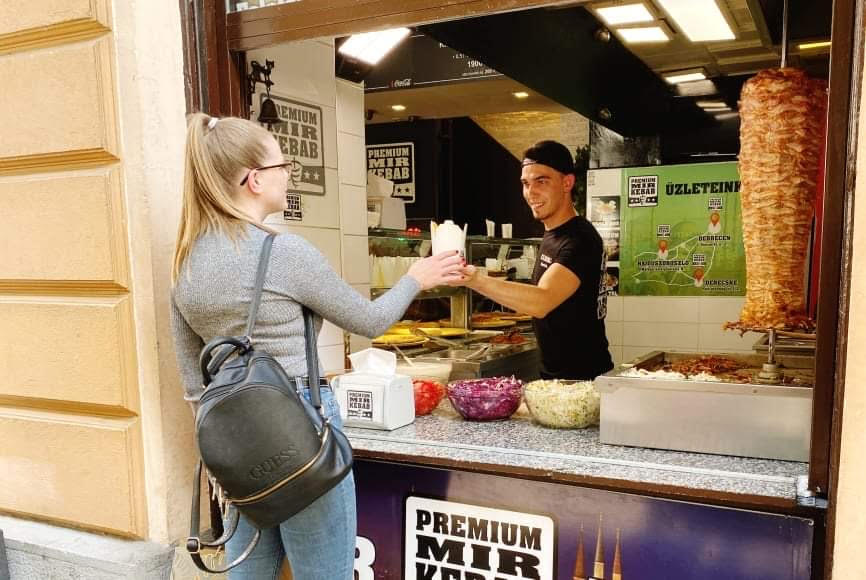 In the new column of the Debreceni Nap “Thrive in Debrecen” we talk about people who live and work among us, many of whom may know personally, or at least have heard of. They tell you honestly about their stories, their lives, and how they live and assert themselves in the city of Debrecen. László Rostás “Toszy” works in one of the downtown kebab restaurants. The 24-year-old man was raised by foster parents and he spent a lot of time on the street. He told us about his life, his goals, and also why his guests love him so much.

Your real parents gave up on you early on and you lived in foster care. What was it like living in this situation at a very young age?

I was four years old when my parents threw me out on the street, so that’s why I ended up with foster parents because I had no choice. I had to go there and not get a family, a dad, and a mom, but something completely different. I went to school, I was a good student, but I had to start working very early. At the age of ten, I was an assistant worker with a bricklayer and went to a cinema to clean it. At a very young age, I experienced what independence is like, and also that I can’t count on anyone but myself. I had to solve everything on my own.

You left your foster parents very early. Why did you decide to go your own way?

I worked a lot, often even at night. And my foster parents thought I was drinking or taking drugs and we argued about it a lot of times. I didn’t like being suspected, so I opted for the standalone life instead. I used to try alcoholic drinks, but I didn’t drink regularly even then. I’m not the type to go for a beer and have fun, but instead, spend my time with my girlfriend and dance competitively. I have been a member of the Free Style Dance Club in Debrecen for several years. Even if it’s hard to reconcile with work, I still dance because that’s where I see my future. We go to competitions with the club, and we are also proud to have won first place in a national dance competition, among other things. It also motivates me to continue. 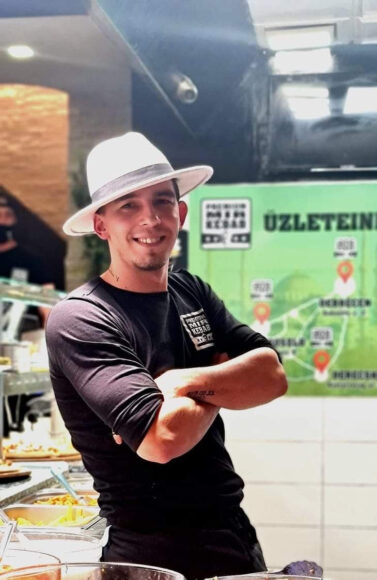 You currently work for a kebab restaurant in the heart of downtown Debrecen. Did you consciously choose hospitality?

When I was younger, I didn’t have the money for a haircut, so I learned to cut my own hair. But it went so well that when my acquaintances found out I did it, they asked me to give them haircuts too. It was then that I decided that’s what I wanted to do, but my chemistry was really bad, so I wasn’t hired as a hairdresser. I was also attracted to the waiter profession, so I practiced it. I also loved working in it, but over time I realized it was a little boring for me because I can’t talk to people. But as a bartender, I have more opportunities to do that, and it brings me a lot more happiness.

Do you feel good about what you do?

I love my job, I learn a lot from it. When I was not even twenty, I left to work in Siófok with an empty pocket. I went from business to business and handed out my resume, and they were hired to work relatively quickly. I was even more restrained at the time, but during my years there, I learned how to communicate with guests, and how to be more open. Now I know how to speak to people so that they can walk out the door with a smile after a conversation.

Many people come to eat because of your personality not for the lack of choice or quality. What’s your secret?

That I can’t be a jerk with anyone. And of course, I have bad days too like anyone else. But since I can still smile, whoever comes to us will do the same. I know there is no such thing anywhere else. I did it by going to different places to gather experiences, to almost spy on the bartenders, and also on what the guests liked. I just watched and learned from them.

How can you overcome fatigue, bad mood, and stay kind?

The job is another world, and if I go in there, I’ll be my lovely Laci, and when I get out of there, I’ll be “Toszy”, as people know it. Life has taught me to be diverse so I can have fun with guests even at four in the morning.

Can you make a living from your work?

Hardly, but I can. Although I work a lot because there is a day that I can pull off for 18-20 hours. I don’t get too much money in return. I pay my rent and make sure I don’t have any extra expenses. I have learned that I will not buy anything until I can easily solve it. I’m patient and I know it’s time for everything. My paycheck is that I can make anyone feel better.

What are your plans for the future?

I get to know a lot of people on the nights I work until dawn. There are those who come in because they saw me on TikTok and are curious about me, and many because they want to work with me. But I’m distrustful, so over time, I want to open my own restaurant or coffee shop alone. I know those who come to me will be happy to come to the place to eat or have a coffee. I want to design the place to be different from the others. The guests in jeans and in suits get the same: humor and directness. I want to sell a smile because I know it can change the world.

What would you say to those who grew up in a similar situation to you?

I had come a long way from where I started and could have chosen the worse direction. I didn’t have anyone to teach me that if I wanted to make money, I had to work or where to start in life. I have had a lot of difficulties in my life. As a poor child, I grew up without a family, yet I didn’t become a drug addict or an alcoholic. And I don’t have to have a similar fate with anyone because I know a lot of children are treated badly by their real parents and not by their foster parents. But both I and my brother want to be an example of how to break out of a bad situation and have the opportunity to live a normal life. I succeeded too. And I don’t want to be a famous person, but a recognized person, that motivates me every day.