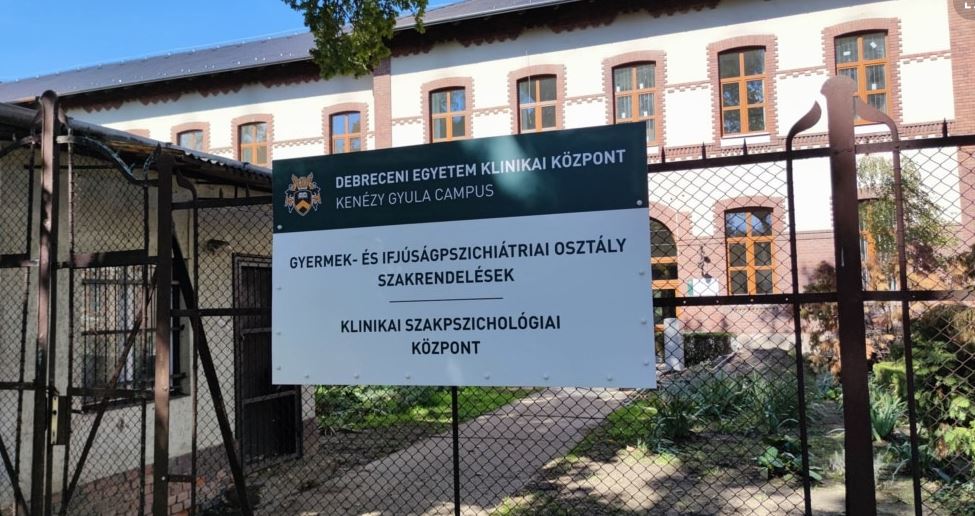 According to the school district, it was inevitable to terminate the task performance place because the University of Debrecen no longer provided the location. This is how the Dr. Molnár István Unified Institute of Therapeutic Pedagogy and Methodology, Kindergarten, Primary and Skill Development School, College Autistic Member Institution, which many people know as the autism school at Kenézy Gyula Hospital, has ceased to exist – wrote szabadeuropa.hu. The story doesn’t end here.

The Hajdúböszörmény Education Center announced that “Some of the affected students were placed in other institutions and places – after consultation with individual families. All students continue the academic year under professionally appropriate conditions,” they added.

Szabad Európa also asked if they had tried to find another location in Debrecen, and what steps had been taken to ensure that children living with autism in Debrecen could access the necessary development and education in the county seat, but the school district center did not answer these questions.

According to the parents, 32 autistic children and a 14-person teaching staff lost their school

A group of parents of children living with autism from Debrecen also contacted the editorial office. It was reported that the member institution operating in the field of child psychiatry for more than twenty years ceased to exist because, after the increase in the home care fee (GYOD) for children, the parents did not agree to the child psychiatry admitting the children to the department, at least on paper. According to the parents, this system has worked so far, the Clinical Center belonging to the University of Debrecen provided meals and a place for the children in exchange. According to the letter sent by the parents, 32 autistic children and a 14-person teaching staff lost their school.

The clerk, the deputy mayor, and the rector did not help either

According to the parent group’s letter, the Debrecen Education Center did not help, as the institution belongs to the Hajdúböszörmény Education Center. “The clerk, the deputy mayor, and the rector did not help the parents to save the school, even though several people asked in vain”. They noted: that although the director of the Hajdúböszörmény school district offered that the children could attend the Böszörmény institution, this proposal was not appropriate, since sixty percent of the children are from Debrecen.

The paper contacted Zoltán Szabó, president of the University of Debrecen Clinical Center, László Papp, mayor, and Diána Széles, deputy mayor also responsible for social affairs, to get answers. By the time this article was published, they had not received it.

The case is more extensive than the extract that can be read here. You can read more related details in the Free Europe article by clicking here.

Photo: The school’s current location is on the Gyula Kenézy campus of the University of Debrecen